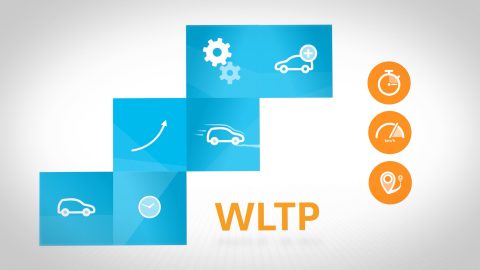 What is WLTP and how does it work?

In the 19080’s the old lab test which was called the New European Driving Cycle (NEDC) was designed. Due to the evolutions in technology and driving conditions, it became outdated. The European Union has therefore developed a new test, called the Worldwide Harmonised Light Vehicle Test Procedure (WLTP). The EU automobile industry welcomed the shift to WLTP and has actively contributed to the development of this new test cycle.

Most cars on sale in Britain today miss their claimed combined fuel economy figures – the ones quoted by manufacturers in adverts – by a quarter or worse. The NEDC regs were last updated in 1997.

The WLTP driving cycle is divided into four parts with different average speeds:

Each part contains a variety of driving phases, stops, acceleration and braking phases. For a certain car type, each powertrain configuration is tested with WLTP for the car’s lightest (most economical) and heaviest (least economical) versions.

WLTP was developed with the aim of being used as a global test cycle across different world regions, so pollutant and CO2 emissions as well as fuel consumption values would be comparable worldwide. However, while the WLTP has a common global core, the EU and other regions will apply the test in different ways depending on their road traffic laws and needs.

Will WLTP end the discrepancy between the laboratory and on-road performance of cars?

Even though the Worldwide Harmonised Light Vehicle Test Procedure (WLTP) will provide a far more realistic representation of conditions encountered on the road than the old NEDC lab test (New European Driving Cycle), it will not cover all possible variations. Moreover, each individual driver will continue to have a different driving style: one driver might accelerate faster, take corners faster or brake more suddenly than another who might drive more conservatively.

Given that driving behaviour, traffic and weather conditions will continue to differ from one country to another, there will still be a difference between emissions measured in lab conditions and the real world. However, as there is no single real-world emission value, only values obtained by standardised laboratory tests allow us to directly compare the emissions and fuel consumption of different car models from different car manufacturers.

When will the WLTP changes take place?

Transition Timeline: From NEDC to WLTP

What will be the main benefits of WLTP ?

WLTP will introduce much more realistic testing conditions. These will include:

Because of all these improvements, WLTP will provide a much more accurate basis for calculating a car’s fuel consumption and emissions.
This will ensure that lab measurements better reflect the on-road performance of a car.